Read the latest article: Why Freaking Out Doesn’t Help 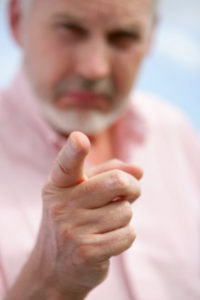 When I was a boy growing up in Cleveland, Ohio, my dad was always angry about something-which he usually took out on my mother. He would rant and rave. My mother would respond by running around the house and closing the windows so the neighbors wouldn’t hear. When raging, my dad didn’t care who heard or what people might think of him.

Hear the rest of this story on Audio by clicking here……

Even though he was often right about the issue he was upset about (we should, after all, close the windows when the furnace is running instead of “heating the whole damn neighborhood”) he was very nasty and demeaning in how he dealt with it.

When angry, he would completely lose perspective and forget that he was yelling and terrorizing important human beings in his life – his loved ones. Yet, when he was done and got everything off his chest, he expected all of us to act toward him as if nothing had happened.

My dad was not an evil man, by any means. He grew up without a father, so he didn’t know how to be one. He grew up in a home devoid of role models for loving relationships. He simply never learned the skills of how to resolve conflicts with people he loved, how to disagree without being disagreeable, or how to be empathetic and see things from the point of view of loved ones.

I mainly blamed my father for all the anger in the home. But, at some point in my adolescent brain figured out that my dad wasn’t the whole problem in this anger dance between them. My mother’s reaction to him also played a huge role in their interaction. Had she reacted differently, he would have changed his behavior more. How do I know this? Because after my mother died at age 65, he unwisely remarried again within 18 months to a woman who was my mother’s opposite. She was a strong controlling woman who wouldn’t give my dad an inch. Guess what? I now actually wished my dad would stand up for himself more and not let his new wife push him around!

Lesson #1: Both Partners Often Contribute to anger problems in a marriage by how one reacts to the other

As I grew older and continued to observe my parents fight, it occurred to me that many of the basic issues between them never changed-even after 45 years of marriage. They simply saw things very differently, handled life very differently, and gthought the other was crazy, misguided, or just plain wrong much of the time. Problem was that as a young boy t I thought that the way they handled each other was “normal.”

Lesson #2: A High percentage of Marital problems are “perpetual” and therefore unsolvable because couples become gridlocked on them 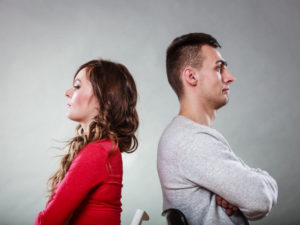 To reduce anger, partners must find ways to live with each other around perpetual issues instead of trying to change each other.

Of course, at the time, I didn’t realize that I was developing a template in my brain of how men and women should react to each other when in conflict – A template I would later apply to my own relationships. For instance, If my mother expressed an opinion that differed from my fathers, he dismissed the opinion and called her “neurotic” instead of hearing her out, giving credence to her point of view, or respectfully disagreeing.

So, as a young man I would do the same thing when under stress in a relationship. I discovered that there is a strong tendency to revert back to earier programming of how to deal with the opposite sex, even though intellectually I came to know that I shouldn’t think in a certain way about the conflict in which I was embroiled.

That is, as I became wiser, I realized the “template” I had learned form my own family was misguided, yet I sometimes did the same thing in my relationship despite that knowledge anD despite professorial training as a psychologist.

Lesson #3: When under stress and angry, we tend reverting back to childhood programming of how to deal with our partner and partner conflicts

Many of my clients experience the same thing. In marital therapy they may gain insight as to why they react with anger the way they do, and even see that it is the wrong reaction – yet find themselves doing it anyhow. Why is this?

To fix an anger problem, we must see it as habit that has to be changed. Breaking the habit of how we react to anger triggers requires two other ingredients (skills) which must be added to self-understanding.

Lesson #5: The anger habit changes by self-understanding plus step-by-step new skill development made stronger by PRACTICE

Like learning to play the piano, you need some musical theory but you can’t can’t learn how to play a piano by reading a book. You need to learn piano playing skills and then practice them on a regular basis.

Then, we put the skill on audio so you can practice it again and again to reinforce it. This means you can be learning new skills while you are commuting in your car, doing launderer, taking a bubble bath, or meditating before sleep. You will also receive video reminders throughout the program in case you need even more practice.